Jacques Davidovici began playing the piano at the age of 7. He has studied at the Schola Cantorum where he was awarded the Harmony prize, trained with the Argentinian composer José-Luis Campana, and received 1st Prize for musical scoring while at the Ecole Normale de Musique.
After a successful period composing music for television commercials he joined, for a short while, the select group of composers creating television soundtracks with such memorable airs as : "Y en a qu'une c'est la Une" or "La 25ème Heure".

After allowing himself a short detour towards pop music composing and arranging the hit single Un soir de pluie with Blues Trottoir the time had come for Davidovici to finally undertake his life-long dream: composing musical scores for feature films.
His work on Les Fables Géométriques (La Fontaine's fables in music and in 3D) was awarded with the Musical Illustration Prize at the festival Paris Cités. Insektors, an animated series produced by Canal+ in which the characters interact with his music, was attributed an Emmy Award.

Since then, Jacques Davidovici has composed the soundtracks for more than fifty films. Although he has composed in quite a wide range of styles, passing from Klezmer in Patrick Braoudé's Nine Months to Ambient music with a trip hop feel for François Ruggieri's Hygiène de l'Assassin, he still has a fondness for symphonic orchestrations. But it is most likely the « french school » sound in his music that has caught the attention of talented and renowned foreign filmmakers such as Abdellatif ben Ammar or Steven Soderbergh... 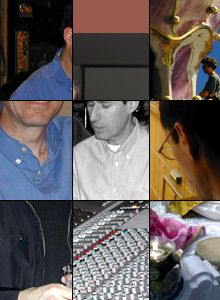